More recently, medicinal mushrooms have been cultivated and widely studied. They’ve been proven to have a multitude of benefits for human health. We’ve rediscovered the powerful immune boosting benefits of these health regulating plants that the ancient cultures in Asia always knew.

Some of the most notable qualities of mushrooms include:

Adaptogens are plants that help the body adapt to what it needs in order to resist stress, boost immunity, balance hormones, etc.

Nootropics are supplements that help to improve cognitive function and performance. Certain mushrooms may help to increase focus, memory and boost mood, among other mental benefits.

The antioxidant properties of mushrooms are widely celebrated. Mushrooms that are high in antioxidants can help to scavenge free radicals in the body, therefore strengthening the immune system, and have antiaging potential.


Although many scientific studies have proven the positive effects of these mushrooms, many of the potential benefits are still unstudied. We look forward to more consumer information on nutraceutical mushrooms becoming available in the very near future.

The below is a brief introduction to four of our favourite mushrooms and their powerful attributes.

Chaga mushroom, Inonotus obliquus, is also known as ‘the king of herbs’, and is a fungus that grows on hardwood trees in cold climates. Promising a multitude of health benefits, chaga has been celebrated for its very high antioxidant content, and as such, it’s immune-boosting and anti-inflammatory properties.

As one of the world’s highest natural sources of antioxidants, chaga contains an array of nutrients such as B vitamins, flavonoids and phenols.

In studies, chaga has shown to be cognitive enhancing. It does this by lowering oxidative stress and increasing levels of acetylcholine in the brain, which promotes memory and learning.

As one of the most potent sources of antioxidants in the world, chaga can help to improve skin health and repair damage to the skin. Chaga has the ability to scavenge free radicals at a high rate, and can help to protect skin cells against oxidative stress. 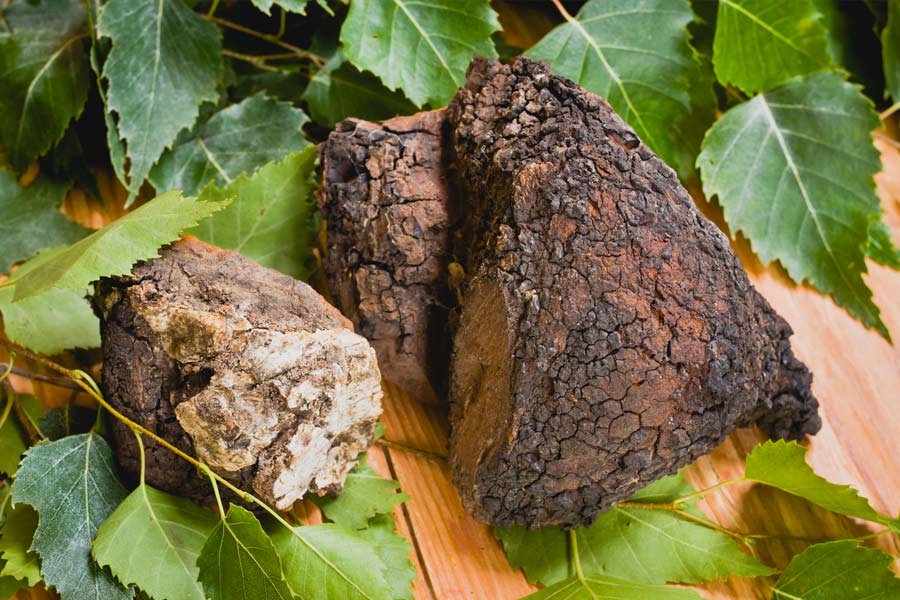 Suggested use: Add ½ teaspoon to your morning smoothie, or include in your favourite protein ball recipe.

Wild Cordyceps, Cordyceps sinensis, is a parasitic fungus that typically grows by infecting insects such as the caterpillar of the Hepialus moth in the mountainous regions of China. Cordyceps is now cultivated via a liquid culture mycelium, and the mushrooms produce the same results as the wild Cordyceps sinensis, without sacrificing any insects.

Most notably, cordyceps has been used to enhance energy, strengthen the immune system, and increase exercise performance.

Cordyceps contain an array of medicinal compounds such as polysaccharides and nucleosides which possess antioxidant and free-radical scavenging properties. They’re also full of oother amino acids, vitamins and minerals.

Cordyceps are though to be able to increase exercise performance by increasing the body’s production of adenosine triphosphate (ATP) at the cellular level. ATP is essential for delivering energy to the muscles, particularly during exercise.

Studies have also shown cordyceps to increase sexual function, such as enhancing libido, and improving reproductive functions in both sexes. 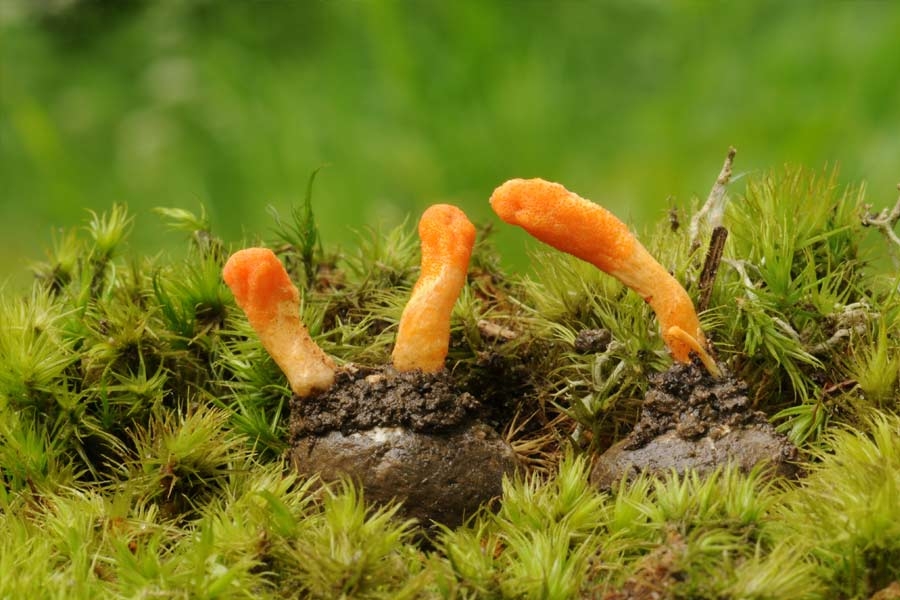 
Suggested use: Add ½ teaspoon to your morning coffee

Hericium erinaceus, also known as Lions Mane, Yamabushitake, monkey head mushroom, bearded tooth mushroom and pom pom mushroom, among other names, is a large white fungus with long dangling spines. It grows on the side of hardwood trees and is native to North America, Europe and Asia.

Lion's Mane is well known as a nootropic because of its cognitive enhancing effects. It has proven neuroprotective, antioxidant and anti-inflammatory properties, which are just some of its many benefits.

Lion's mane can help to boost cognitive function, particularly recognition memory, because it contains compounds that stimulate the growth of brain cells and protects them from damage. This mushroom also contains neuroactive compounds which induce nerve growth factor synthesis.

Lions Mane contains a number of polysaccharides, such as B-glucan, heteroglucans, and heteroxylans, which are needed to support cells and store energy. 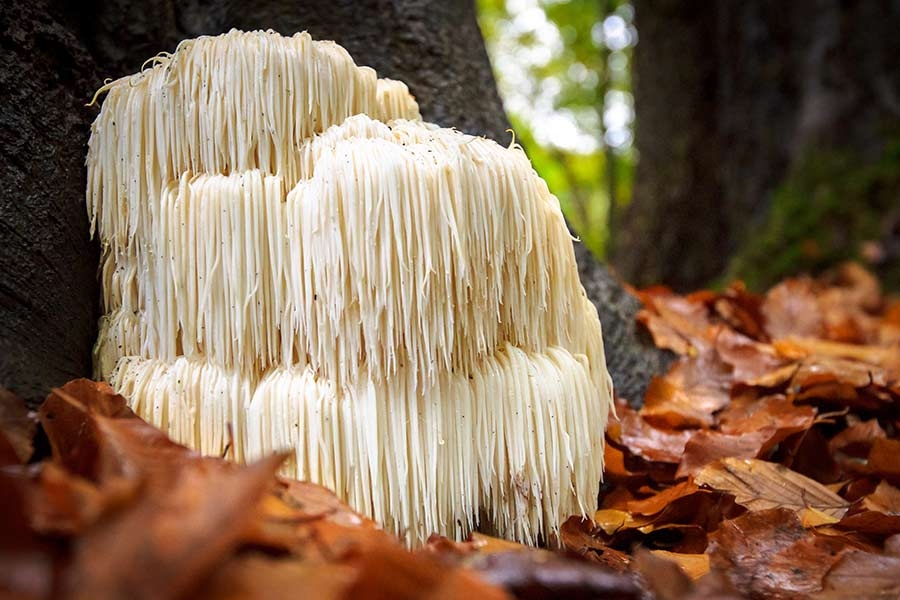 
Suggested use: Add 1/2 teaspoon to your morning coffee or smoothie recipe

Reishi is a large mushroom with a glossy exterior and a woody texture that grows on trees. One of the oldest mushrooms to have been used medicinally in traditional Chinese medicine, it contains chemicals that can provide various benefits to our health.

Also known as the ‘mushroom of immortality’, reishi is most notably effective for it’s immune boosting benefits and adaptogenic properties.

Being an adaptogen means that reishi is full of antioxidants and phytonutrients which help your body adapt to combat various physical and mental stressors and regulate your body’s responses depending on what is needed. Adaptogens do this by supporting the adrenal system, balancing hormones and lowering cortisol. 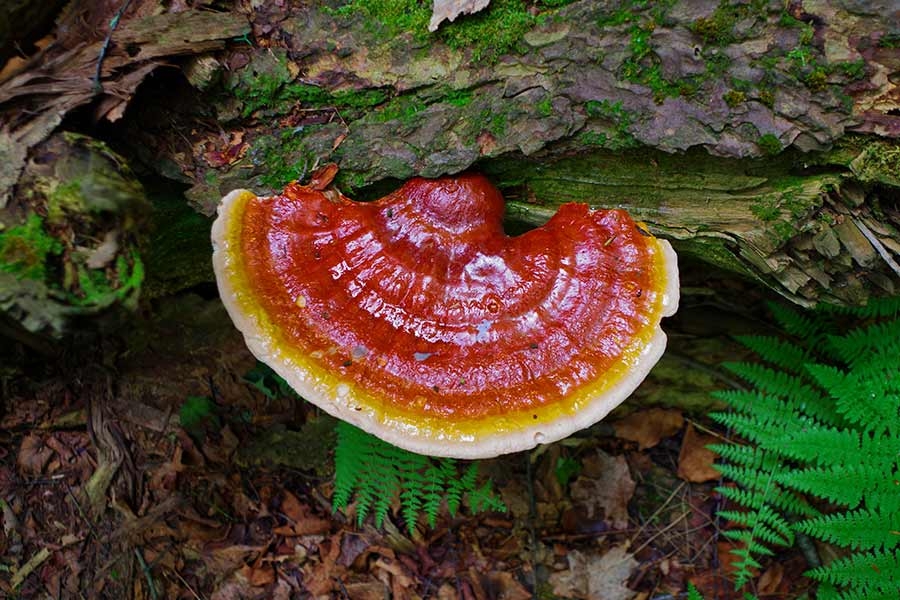 
Suggested use: add 1/2 teaspoon of reishi to your cup of tea for an antioxidant boost. 5 Reasons To Swap Your Coffee For Matcha

While there is a risk of over-stimulating yourself when drinking coffee, there’s no downside to drinking matcha.

Why Nootropics Could Be Increasing Your Productivity