Going for Gold with Matt Levy

Matt is one of our Elite Athletes at Bare Blends, and all it took me was one session at North Sydney’s Olympic Pool to find out why this guy has so much hardware in his trophy case.

Do I know how to swim? Hell yeah, I know how to swim (enter sarcastic tone). I mean, I was at the top of my guppy swim class when I was five years old, and I had a brief stint on the swim team in year twelve (brief stint being two weeks-then I realized I didn’t look the best in a Speedo, and took back to the basketball court).

Decades have passed since my pseudo swim career ended, so I thought it would be a great idea to get back in the pool, and have a swim (and chat) with Australian Paralympian Matt Levy . In hindsight, the chat was a great idea, me thinking I could swim alongside a gold medalist for the length of the pool-not so great. 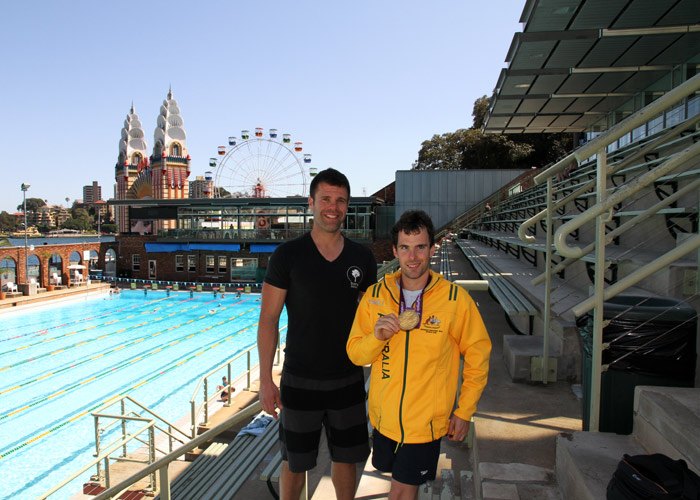 Matt is one of our Elite Athletes at Bare Blends, and all it took me was one session at North Sydney’s Olympic Pool to find out why this guy has so much hardware in his trophy case.

Born premature at only 25 weeks old, and due to a lack of oxygen during birth, his vision was permanently impaired. At six months old, Matt suffered his first stroke-which consequentially brought on cerebral palsy.

As we all know, movement is great for the body (and the mind), and Matt’s parents (being quite sporty) knew that the best thing for their son would be to get him into the pool to strengthen his body (great for eye coordination and muscle strength). 'At first, I hated it (too much hard work), and all you are doing is staring at a black line. Over the years, I started to learn more about my body, and what I could achieve in the water through hard work and perseverance.' The rest, as they say, 'is history'.

7 gold, 4 silver, and 5 bronze medals later (from Paralympic and IPC World Games), Matt is still growing and improving as a swimmer, and keeps raising the bar for what he wants to achieve. In the Olympics, most athletes peak in their mid-twenties, but with paralympians, people get their disabilities at later ages as well, so you see all ages of athletes competing at the top level of their sport. 'I’m still learning about my body, and how it works, so I’m not sure where my peak is. My goal is to keep swimming, improve on my times, and keep working towards Rio.'

Getting to Rio is not a given-even for a gold medalist. Matt puts in some serious training hours, all while working at Westpac Bank as a Change Analyst. 'I’m up at 4.00am to swim every morning (seven sessions per week), and also do three weight sessions CrossFit , 1-2 Pilate’s classes, and for maintenance, I get massage and physio work whenever I can fit it in my schedule.' 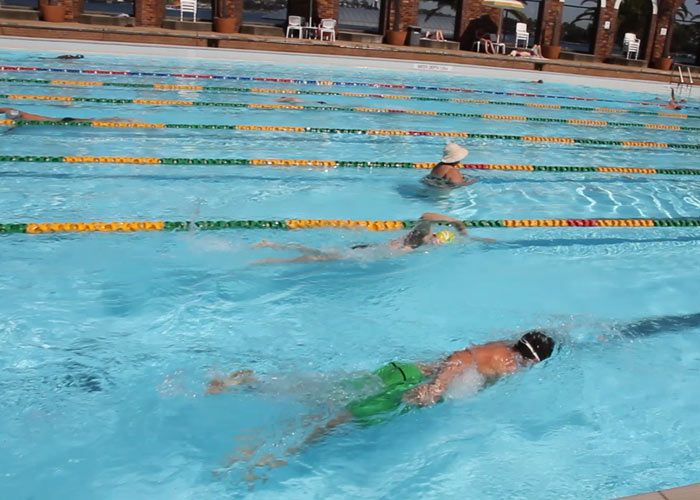 When training at this level, what you put into your body is just as important as time-spent training. 'I take Bare Blends for several reasons-it tastes great, I don’t feel bloated after taking it, but above all else, I’m confident that the ingredients in my Bare Blends are nothing but the best. Elite athletes are drug tested regularly for banned substances, and all it takes is one synthetic/banned ingredient in your body, and you can be banned for four years! With Bare Blends, I know what I’m putting in my body, and the I see the results both in and out of the pool.'

As for my race with Matt, let’s just say my best days in the pool are behind me-halfway through our first lap, I was already exhausted (I blame the saltwater pool). After our interview, I went home and watched Matt’s 4×100 race from London, and my confidence and athletic prowess were restored once more.

Our Journey To Home-Compostable Packaging

Fava bean protein is taking the nutritional industry by storm.