Why Nootropics Could Be Increasing Your Productivity

You may or may not have heard about nootropics, but they have existed for a long time in traditional medicinal practices, and they are now becoming increasingly popular. In fact, most of us are consuming a nootropic every morning!

Nootropics, also known as smart drugs, are compounds that enhance brain function. They’re now a popular way to give your brain a boost that results in greater focus, clarity, enhanced mood and mental endurance.

Typically, smart drugs such as modafinil and adderall have been used by students as study drugs, but some of these chemically engineered nootropics come with substantial risks such as mood swings, headaches, and potential for addiction.

More recently, natural, plant-derived nootropics are much more promising. They provide cognitive boosts and natural mood enhancement, and they don’t come with negative side effects.

In fact - most people are already taking a nootropic every day. Caffeine is a nootropic, and coffee is the most widely-used psychoactive substance in the world. Although it is clear that your morning coffee is helping you to function, what it’s actually doing is stimulating your central nervous system, boosting energy metabolism, increasing physical and mental activity and increasing alertness.

But too much caffeine can have it drawbacks. Caffeine can make us agitated, as well as interrupt our sleep patterns, and if you have too much coffee, instead of increasing performance, it can have the opposite effect.

We’ve therefore curated a list of our favourite natural nootropics to re-energize you and help you focus throughout the day, with no downsides! 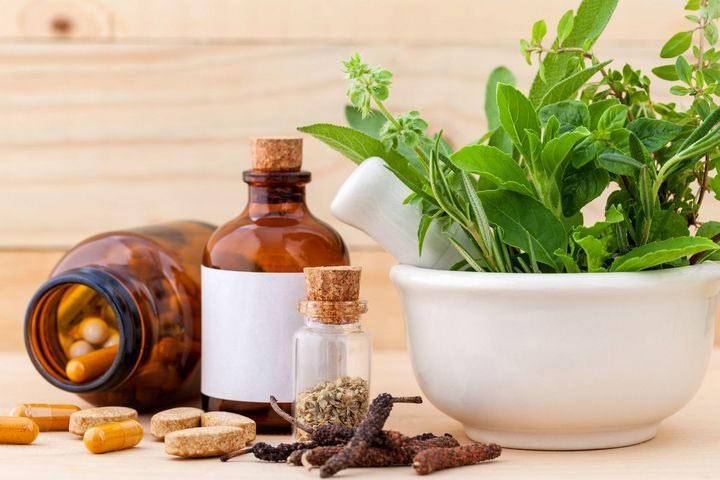 One of the biggest benefits of l-theanine is that it works synergistically with caffeine to focus the intense caffeine rush. Caffeine is great for concentration, improving attention, and focus. Having l-theanine with caffeine will counter the negative effects of caffeine - such as increased heart rate and the jitters.

You can purchase l-theanine in capsule form, but the perfect way to get a mix of both l-theanine and caffeine naturally is in matcha green tea. This therefore makes matcha the perfect natural nootropic and coffee replacement.

Mushrooms have been used for a long time as ancient chinese medicines. Some benefits include enhanced cognitive function and mental clarity, protection from oxidative damage, and cognitive cell protection.

Ashwagandha is a traditional medicinal herb with multiple health benefits. It is an adaptogen that supports resistance to fatigue, and helps to reduce stress and anxiety. It also supports endurance, muscular recovery and cognitive health and function.

Bacopa, also known as brahmi, is a plant that’s been used in traditional Ayurvedic medicine in India for a very long time.

Bacopa is known to reduce stress, and is a natural antidepressant. As well as this, it can improve memory, and is now being used to treat illnesses such as ADHD, Alzheimer's disease, and anxiety. Some research has shown the compounds in bacopa to positively influence brain cells that prompt the regeneration of brain tissue.

Dopa Macuna is derived from mucuna pruriens, which is a tropical legume native to Africa and tropical Asia. It’s been used in traditional Ayurvedic medicine in India for thousands of years.

Dopa Mucuna is a natural mood-boosting supplement which helps to increase L-dopa levels in the brain. L-dopa is the precursor of dopamine. Dopamine is a primary neurotransmitter that promotes enjoyment and engagement levels, as well as various other important biological functions.

Zinc is an essential mineral to the human body. It is needed in small amounts every day in order to maintain health and perform important functions each day. It’s also needed for optimal brain health and cognition.

The nootropic benefits of zinc include improved alertness, cognition, focus, memory and learning. It also helps to reduce brain fog, and is an antioxidant and anti-inflammatory agent.

Fish oil and krill oil both have a major effect on the body because of the Omega 3 fatty acids that they contain. In particular, they are packed full of EPA and DHA. These two omega-3 fatty acids are of great importance to our cognitive function, and our overall health.

Our brains are made up of 60% fat. The brain also prefers omega-3 fatty acids above all else, in particular DHA. In fact, DHA makes up as much as 20% of the brain’s cerebral cortex.

It’s therefore very easy to see why DHA is so important to our brains and enhancing our cognitive function.

Rhodiola is a brain-boosting nootropic and adaptogen that is believed to improve memory and increase productivity. A herb grown at high altitudes in the arctic regions of Europe and Asia, rhodiola is also known to boost concentration, improve your mood, alleviate stress and reduce fatigue.

Both turmeric and curcumin come from the turmeric plant root. Curcumin is the main active ingredient in turmeric.

Turmeric and curcumin are also cholinergic, meaning that they increase levels of acetylcholine or choline in the brain. Choline is a macronutrient that’s important for brain development and function.

As well as being a potent antioxidant and anti-inflammatory that protects the brain from inflammation, turmeric works to enhance neurogenesis, or to create new brain cells. It also boosts the neurotransmitters serotonin and dopamine, for a more positive outlook.

What Is Collagen And Why Do We Need It?

Collagen is one of the biggest wellness trends at the moment, and it is proving to be the most effective thing you can do to induce younger-looking skin.

CBD Oil: Everything You Need To Know (Is It Safe?)

CBD oil is known for it’s potential as a medication for many mental and physical illnesses. Now in the spotlight as a natural nutraceutical, CBD is gaining popularity as an ingredient in many food products.